Reply To: WP Engine not allowing the demo import to work 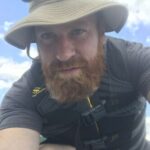 I am having this same exact issue with version 2.8.  However, it’s not everywhere.  It appears to work amazingly on an aws ubuntu box that has a domain and https.  It also works well on my machine via mamp pro.  It is assigned a hostname and also operates on https.  However, I made a vagrant box (cognac box) for a client that runs Ubuntu-18.04-LTS, PHP 8.0.3, and MySQL 8.0.20.  You can see the full specs here: https://github.com/reddingwebpro/cognacbox.  At first I thought it might be the https since my vagrant box is only http but it appears to work on my mamp pro with only http.  I was also thinking it might be the newer PHP or MySQL version.  However, when I did a test between two different databases imported into the vagrant box, the one worked and the other did not.  The one that did not work was a “fresh WP install” database.  The one that does work is from the aws site where a designer had been working.

My hope was to get the edi plugin to work with the “fresh install” database since that is how it will work in the production environment. As you can see, there isn’t much version difference but there is something in the non-fresh db that makes it work.  Not sure where to go from here??

There are no users currently online