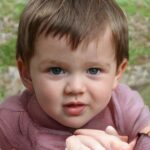 The website will not look different, but it will perform differently…

Assuming you have either just saved/updated a page, or just cleared out the Divi static css files, when you load a page for the first time, it loads a lot of the css inline in the bottom of the body. At this point it calculates what css can be loaded late, what css is critical and a few other things but it doesn’t use that css “correctly” on the first page load because it doesn’t have the information until after the page is loaded.

The second (and subsequent) times you load the page, it uses that information to load the page a bit differently – using critical css in the head, late css… later, static files linked etc.

If a plugin or server cache, caches the page on the first page load… as you can imagine, it will just keep loading the page with all the css inline at the end of the body. It will still look the same, but you will likely have CLS issues and the page will also not perform as well as it could.

If you want to see what’s happening, just clear the static css files, load a page and take a copy of the html. Then load the page again and compare the html – you will see it’s quite different and there are additional css files that were not present on the first page load.

There are no users currently online